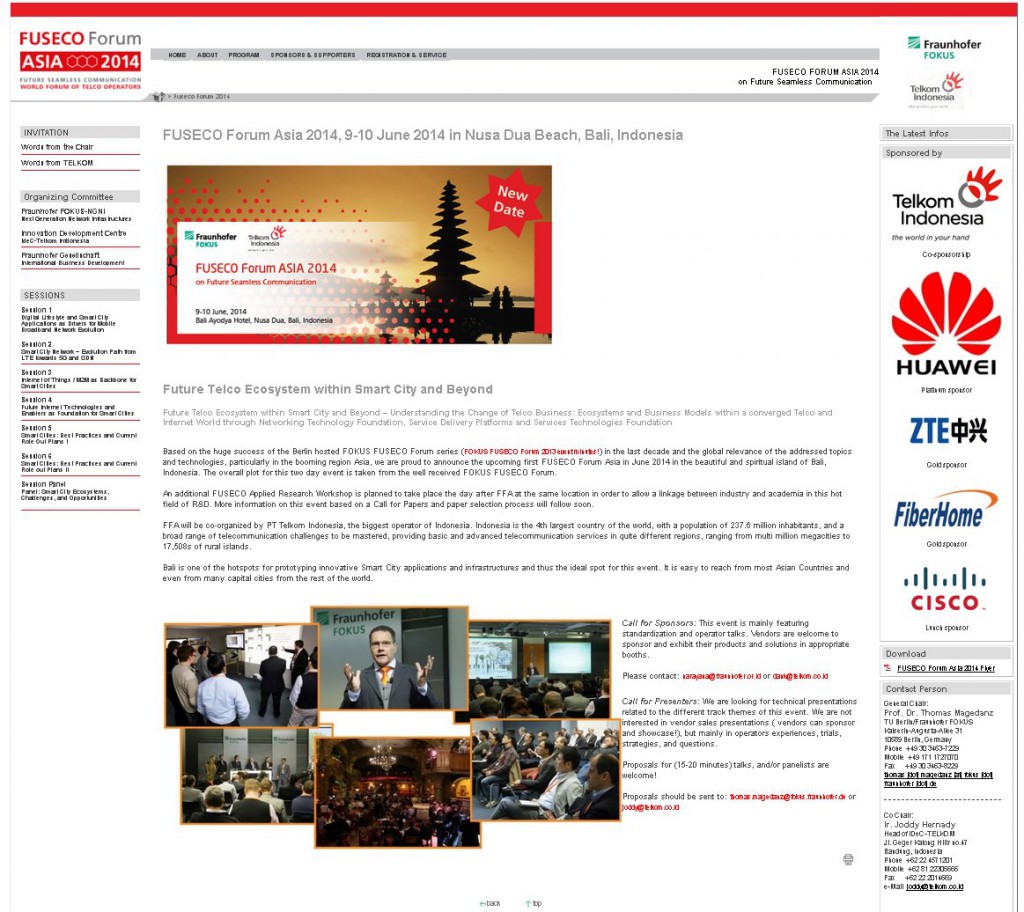 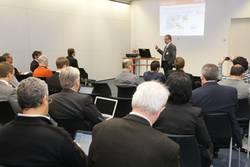 With participation of more than 50 guests and speakers the international FI-PPP workshop successfully provided a comprehensive overview of the status of all currently running projects of the FI-PPP programme. By involving FIRE and EIT ICT Labs representatives, synergies and sustainability options were discussed and an outlook on the next phase was provided. 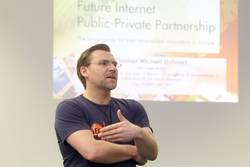 The workshop started with an overview of the current status of the FI-PPP at programme level. Subsequently, the status of the FI-PPP Core Platform [FIWARE], FI-PPP’s Usage Areas [FISTAR, FI-SPACE, FI-CONTENT, FINESCE, FITMAN), as well as the status and achievements of FI-PPP’s Infrastructure and Capacity Building projects [INFINITY, XIFI] were presented.

Additionally, a number of European FI-PPP nodes provided presentations about their status highlighting that they are already offering FI-PPP’s Generic Enablers for application development and deployment, and their portfolio is expected to grow over time. Live demonstrations were present at the event and showed capabilities of FI-PPP node deployments as well as Generic Enabler usage in Usage Areas. 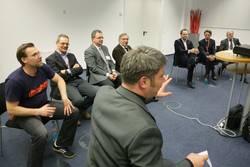 With representatives and presentations from the European Commission, FI-PPP’s programme-wide coordination action CONCORD, Europe’s Future Internet Research and Experimentation (FIRE) initiative and the European Institute of Innovation and Technology (EIT) ICT Labs several options for sustaining FI-PPP’s results and approaches for future exploitations were discussed and synergies identified. Panel discussions about the upcoming phase III of the FI-PPP, as well as best strategies for participation of SMEs concluded the workshop.

A highlight at the demonstration space at the FUSECO Forum was the first demonstration of an early trial project running over an infrastructure node of the program. In particular the FI-STAR project demonstrated a first simple application running over the XIFI node available in Berlin.

Congrats to the FI-WARE team for succesfully passing a tough review. 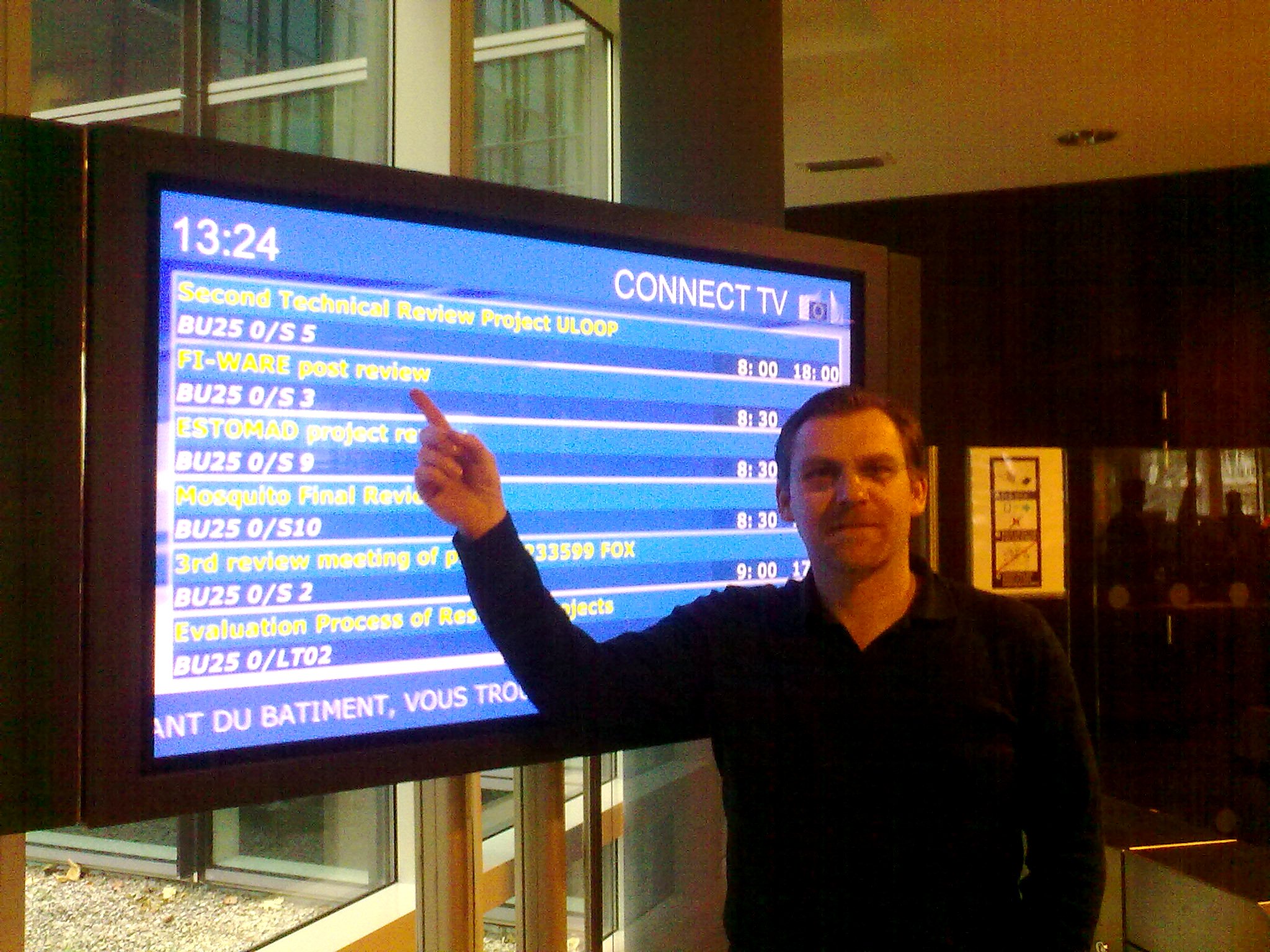 After some hesitation I decided to attend the ICTProposer’s day 2012. This time in Warsaw.

At the end, tt was absolutely worth it. Sure, not so much for the presentations and proposal ideas presented – I doubt that any one with a good idea needs to stand up in front of 100 people in order to find partners. But the ICTProposer’s day is a perfect place to keep in touch with your community – only paralleled by the Future Internet Assembly, the Future Networks and Mobile Summit (my most preferred EC event) and the ICT Summit.

Most of my time I spent at the FI-PPP booth (little surprise). Good discussions, fairly controversial, and nice to see that community interest is still high. 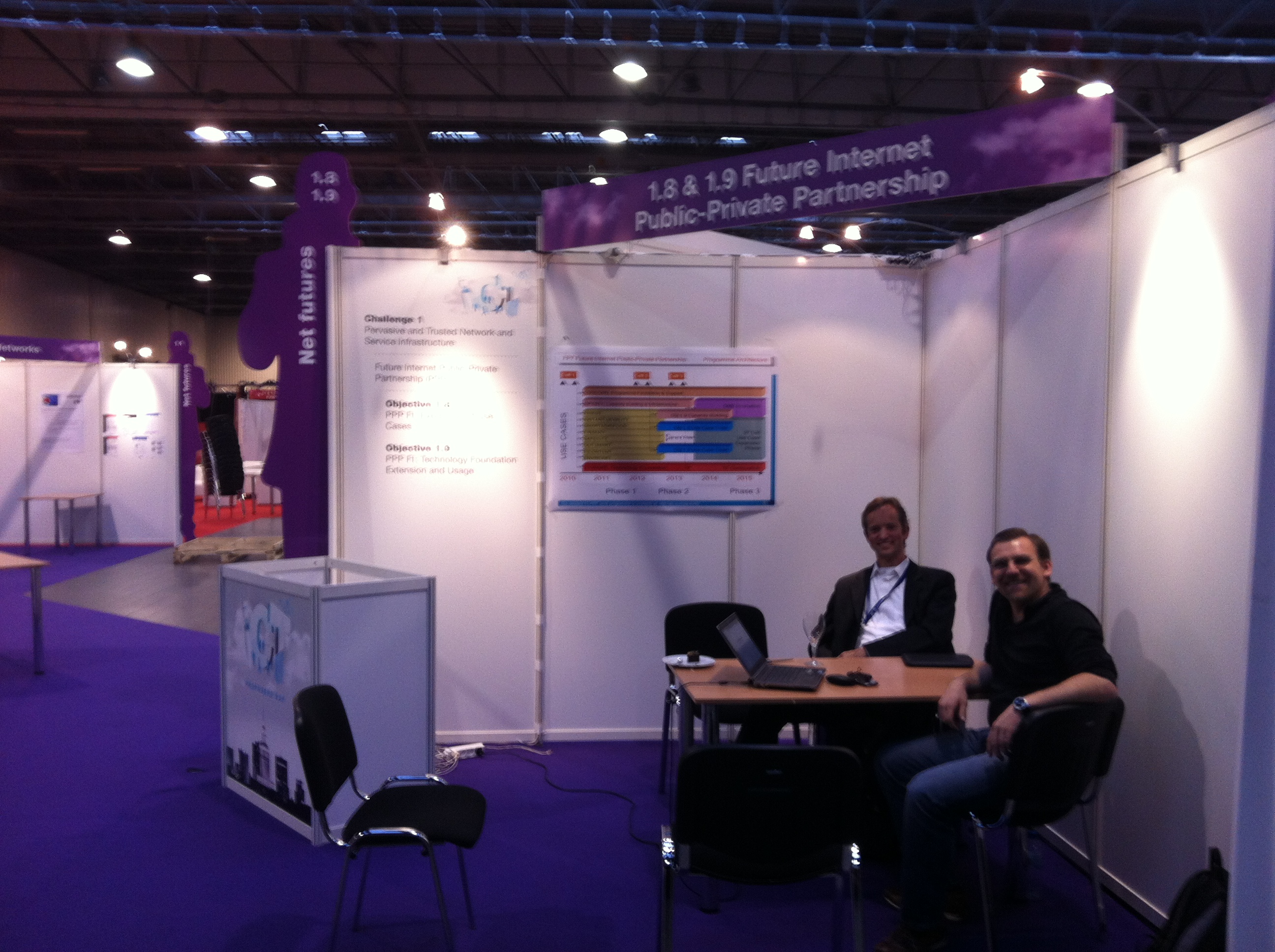 The FI-PPP intro session was well-attended but, in fairness, only few questions were raised. Perhaps due to the fact that there was a dedicated FI-PPP Call 2 Info Day just two weeks earlier. 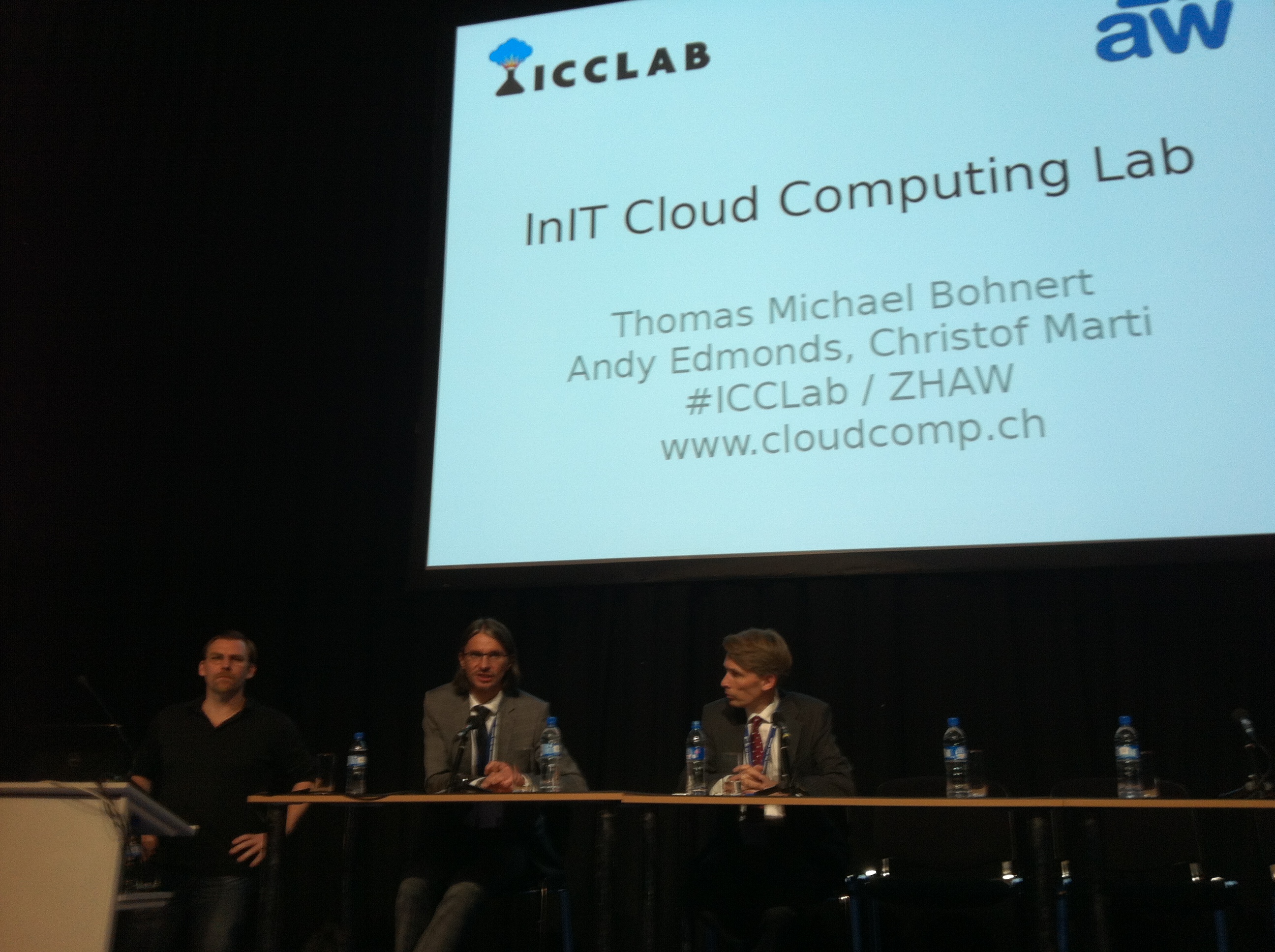 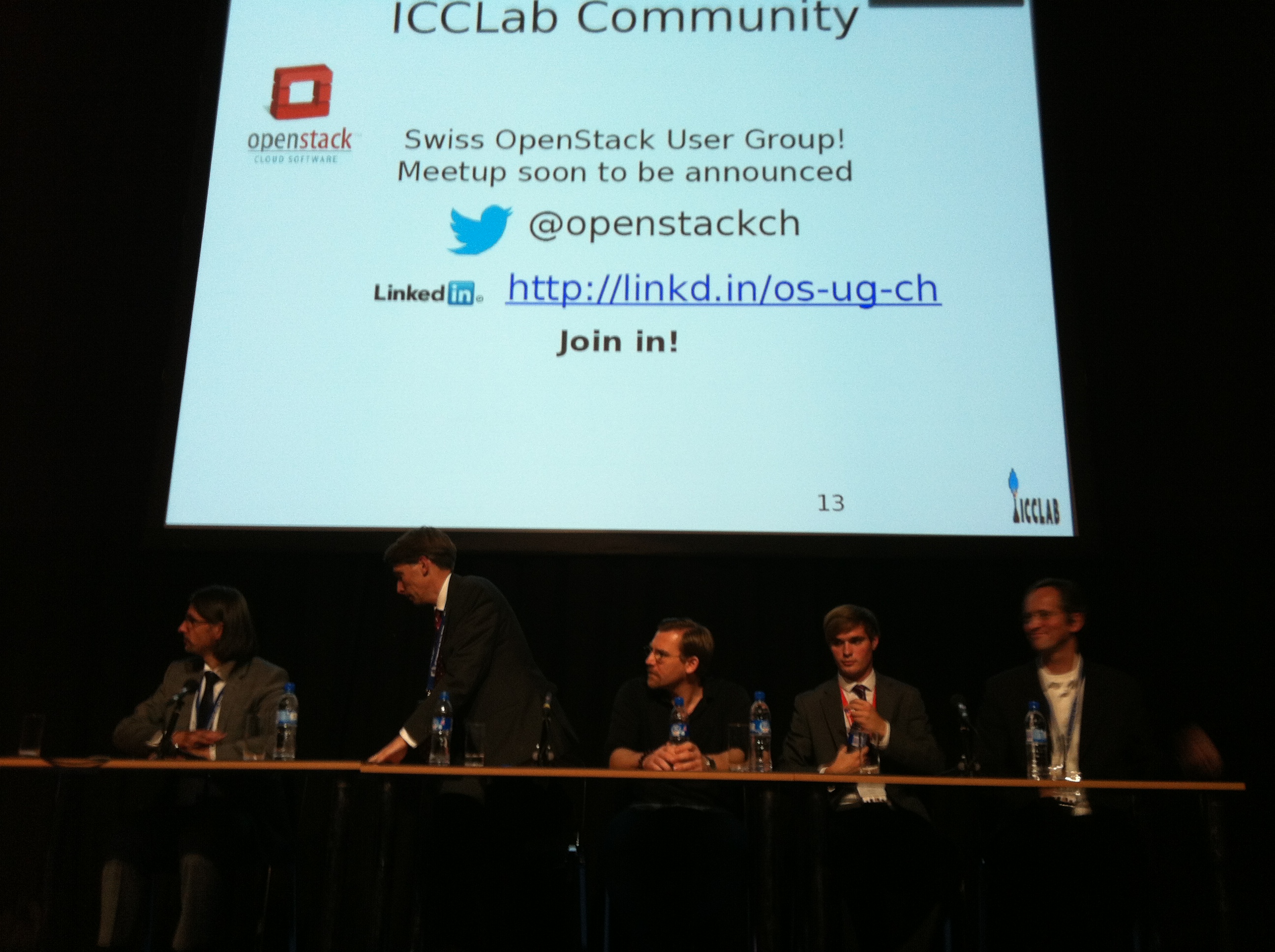 P.S. Greetings to the Ambassador, Teacher, the Priest/Jesus/God, and the Artist.

The 3rd European Summit on the Future Internet was hosted by TIVIT in Helsinki. After attending the first event, presenting SAP’s Future Internet vision, was invited a second time this time presenting some insights into the evolution, status, and near future of the FI-PPP from a program-level (CONCORD) perspective in my new appointment as Senior Technical Adviser to TIVIT.

The talk was recorded and the video stream can be accessed here: T. M. Bohnert, „The FI-PPP after One Year: Lessons Learned, Challenges and Opportunities Ahead“ (slides)“, 3rd European Future Internet Summit, Helsinki, June 2012

Not recent anymore; but pretty comprehensive. All basics to be known about the FI-PPP in one powersheet. And there is still lot*s of room for future engagements.

At the very beginning there were the ETPs … and Net!Works (formerly known as eMobility) at the forefront of the X-ETP movment towards the definition of the FI-PPP.

Today got the chance to present the status and well-being of FI-WARE to it*s founding fathers during the Net!Works Steering Board meeting (slides).

Great pleasure, what a loss that I have to leave it along with my resignation from SAP. But let*s see what the future my bring.

A perfect place to present FI-WARE and the FI-PPP that both intrinsically fit the innovation oriented nature of this event. My slides are available for download (FI-WARE General and Open Call) and (FI-WARE I2ND Chapter).

– USA leading 4G market, AT&T and Verizon leading, Sprint and T-Mobile next
– Mobile Video will make for nearly 70% of traffic in 2014
– OTT lead worldwide mobile VoIP (Skype first)
– 20 % of voice services in North America already VoIP, expected to rise to 40% in 2014
– FaceTime on IPhones is catching up
– New concept of HD-VoiIP, worse than AM radio … Skype and Facetime way superior
– Solution, use State-of-the-Art codecs backed by stable licensing framework, that is AAC-ELD (used by FaceTime) de-facto royality free

The FI-WARE project, Technology Foundation of the Future Internet Public-Private-Partnership (FI-PPP), has established procedures and tools to get in touch for any matter, no matter of public or private interest. A detailed How-To for issuing a ticket for „General Support“ via a FusionForge tracker system can be found at the FI-WARE Wiki.

To cut short klick here for direct access to the tutorial„.

Will be talking about FI-WARE and the FI-PPP at the ICTurkey event 2011.

Certainly a good time to talk. The project is getting in shape and partner contributions (to Generic Enablers and related Assets) are getting more concrete. First signs for potential FI-WARE Open Call topics are slowly showing up. Definitively worth to keep an eye on.

The slides are available for download: FI-WARE Open Calls